Download and print this Origins of WWII crossword puzzle. 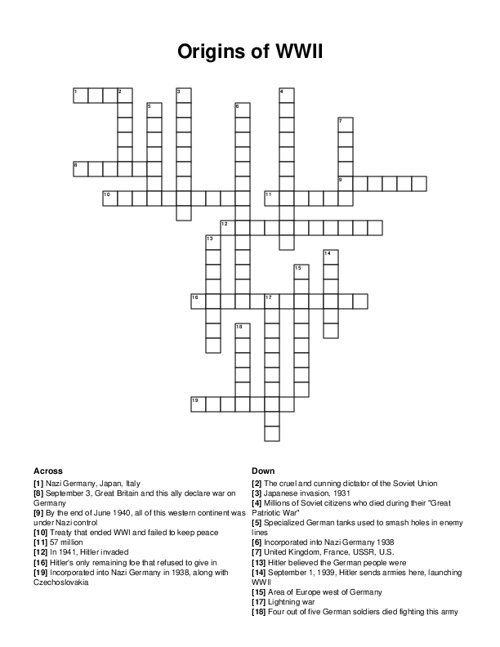