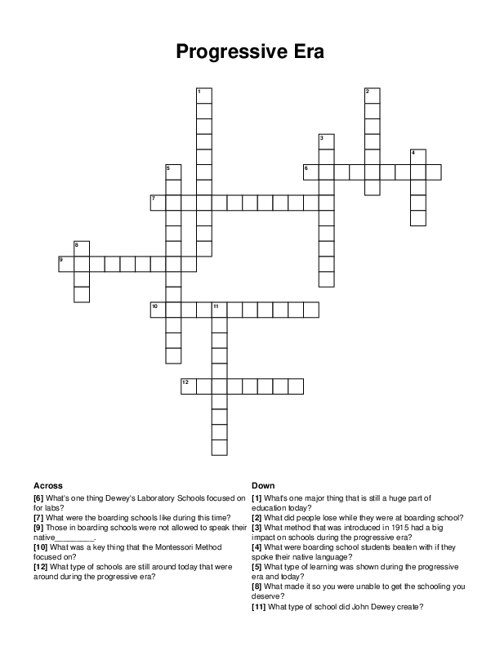 QUESTIONS LIST: MONTESSORI: What method that was introduced in 1915 had a big impact on schools during the progressive era?, CONNECTIONS: What's one major thing that is still a huge part of education today?, CHILD CENTERED: What type of learning was shown during the progressive era and today?, LABORATORY: What type of school did John Dewey create?, MILITARY LIKE: What were the boarding schools like during this time?, STRAP: What were boarding school students beaten with if they spoke their native language?, DEVELOPMENT : What was a key thing that the Montessori Method focused on?, LANGUAGES : Those in boarding schools were not allowed to speak their native_________., CULTURE: What did people lose while they were at boarding school?, RACE: What made it so you were unable to get the schooling you deserve?, BOARDING: What type of schools are still around today that were around during the progressive era?, INTERESTS: What's one thing Dewey's Laboratory Schools focused on for labs?