Download and print this Spanish Exploration of Texas crossword puzzle. 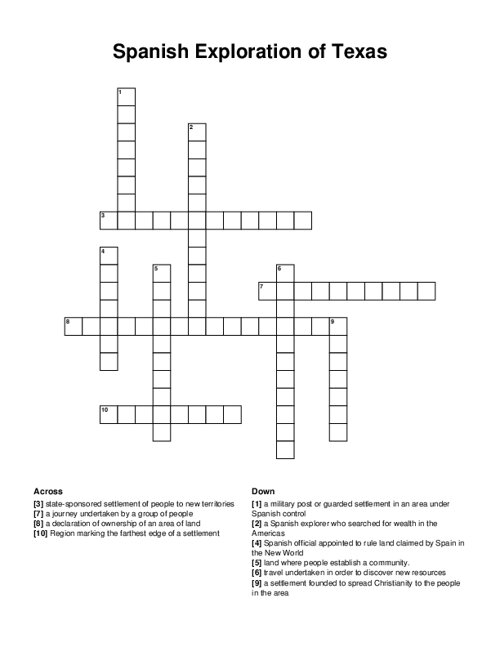 QUESTIONS LIST: CONQUISTADOR : a Spanish explorer who searched for wealth in the Americas , EXPEDITION : a journey undertaken by a group of people, EXPLORATION : travel undertaken in order to discover new resources , VICEROY : Spanish official appointed to rule land claimed by Spain in the New World, MISSION : a settlement founded to spread Christianity to the people in the area , PRESIDIO : a military post or guarded settlement in an area under Spanish control , COLONIZATION : state-sponsored settlement of people to new territories , SETTLEMENT : land where people establish a community. , FRONTIER : Region marking the farthest edge of a settlement , TERRITORIAL CLAIM : a declaration of ownership of an area of land