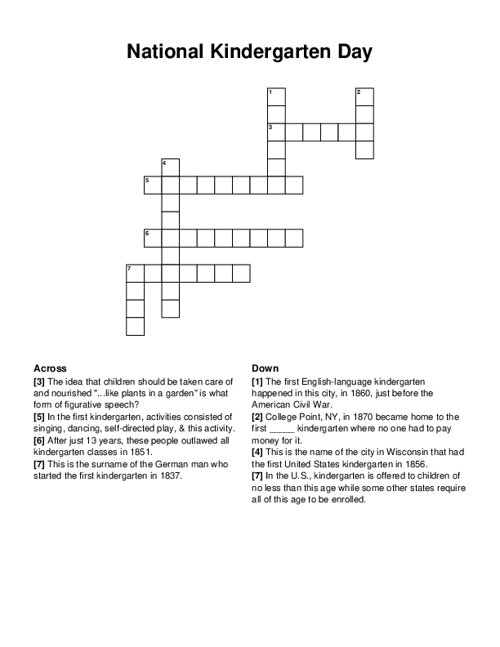 QUESTIONS LIST: BOSTON : The first English-language kindergarten happened in this city, in 1860, just before the American Civil War., WATERTOWN : This is the name of the city in Wisconsin that had the first United States kindergarten in 1856., FIVE : In the U.S., kindergarten is offered to children of no less than this age while some other states require all of this age to be enrolled., FREE : College Point, NY, in 1870 became home to the first _____ kindergarten where no one had to pay money for it., GARDENING : In the first kindergarten, activities consisted of singing, dancing, self-directed play, & this activity., SIMILE : The idea that children should be taken care of and nourished "...like plants in a garden” is what form of figurative speech?, PRUSSIANS : After just 13 years, these people outlawed all kindergarten classes in 1851., FROEBEL : This is the surname of the German man who started the first kindergarten in 1837.